Join Us and Show Your Support Become a Member today!

a) To perpetuate the friendships, associations and memories of the veterans of the Armed Forces of Canada, Her Majesty’s Armed Forces, Allied Services, and Reserve Forces, as well as professional police, fire, ambulance, public safety and emergency services in Canada;
b) To promote just and righteous recognition of the memories of the members of Her Majesty’s Armed Forces who have paid the supreme sacrifice in the execution of their duties and all ex-members thereof, particularly those who are or were resident in the Markham area;
c) To promote just and righteous treatment by citizens and all levels of Government towards all ex-members of Her Majesty’s Armed Forces, Allied Services, Reserve Forces and their next of kin;
d) To provide members with social and recreational enjoyment;
e) To provide, participate in or maintain parades, solemn and celebratory services, a library and museum, a speaker’s bureau for schools, civic, cultural and community groups and to support, wherever possible, worthy community projects;
f) To support military cadet and related youth programs;
g) To encourage members of the community who support these Aims and Objectives to participate actively in their realization by joining the Association.

Announcement:
Membership Renewals
2021 Membership renewals are now due.
Please pay your membership dues before December 31st.
Regular and Relative membership is $45 and Associate membership is $50.
Dues can be paid by interac email transfer to markhamveterans@rogers.com or by mailing a cheque.
Covid lockdown
The MDVA will be closed from December 14th until further notice under a Provincial lock down order.

Are you a Veteran (Past and Present)?

If you are a Veteran (Past and Present) and not a member of our club, let us add your name to our monthly mailing list for “Free” and keep you informed of what is going on at the M.D.V.A.

We believe in providing information and support to all of our local Veterans.

If you would like some membership details, simply check out our Membership page, or give us a call.

If you would like a ride to the club, just ask!

Simply drop by every afternoon around 4pm and meet a Comrade.

Our World War II Veterans do not have to pay any dues to join.

Members can pay their dues beginning October 1st to Dec 31st each year.

Penalties apply for late payment, services may be withdrawn. 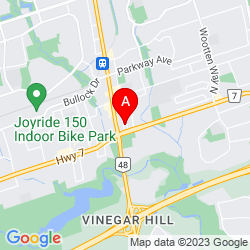 MDVA is located at: